The Cedarbrae Community Garden was constructed in 2009 around the time a lot of other community gardens in Calgary were springing up. We started renting a plot in the garden in the spring of 2011 and have been renting the same plot since.

The empty garden back in late April

The community garden originally had its own blog but it only lasted for a few years – it is often difficult to find dedicated volunteers during the busiest time for gardeners. So this year I mentioned that I wouldn’t mind taking on this role. And of course, I got busy with my own garden here and my plot at the community garden (sort of, it is mostly neglected) and didn’t really follow up. So I figured the best way for me to do this is to write about my plot and the garden here.

The garden is operated by volunteers and gardeners who have rented plots (most volunteers are gardeners there). Spring and fall are the busiest times at the garden with set up and tear down. The garden runs from the mid/end of May up until October and then closes for the winter months. 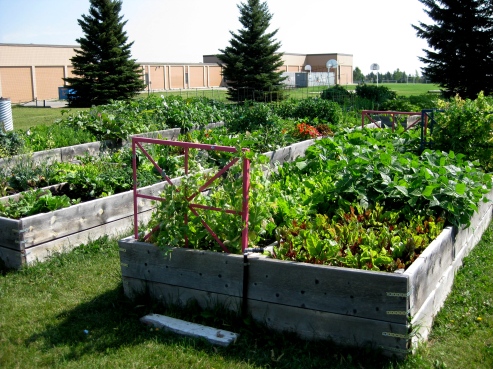 On to our plot. We have a 3’x15′ plot (all of the plots are that size but some people rent multiple plots). Due to some serious issues with vandalism in the garden in the past, we are pretty careful about what we plant there – our plot specifically has just had some minor instances, but I’ve definitely seen a lot of heartbreak in other plots. Our garden is not fenced in and is located behind the community centre and beside a natural wooded area that is a bit secluded. So we try to choose the less tempting plants for this garden – beets, carrots, potatoes, etc. I’ve always had amazing luck with bush beans in my plot, so about half of the plot are these. The rest of the plot this year consists of beets, kale, leeks and a single kohlrabi (the only survivor). My plot neighbor has mostly summer squash and I’m a bit jealous, they look really good!

Our plot bursting with beans, kale, beets, leeks and a kohlrabi – it is hard to even see the dividing boards between the plots! 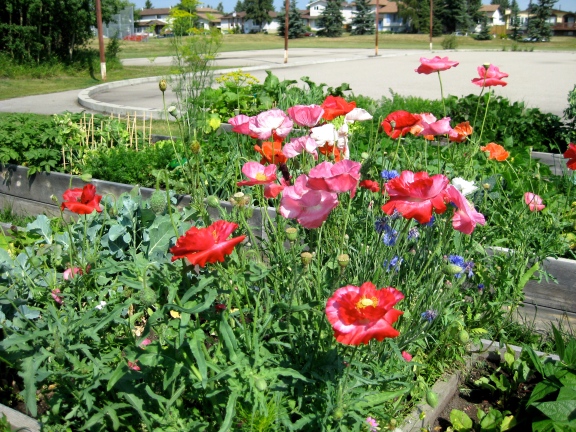 I should make mention of my horrible neglect for this garden. I mean, it’s really bad. The garden used to be set up on a drip watering system, so I really never went over there except for the occasional weeding. Then last year they decided to try out manual watering, so with a hose on a reel and watering cans. And I was much more diligent about going over there. Then this year something happened – I guess I was busy with other things or “out of sight, out of mind” – excuses. I think I’ve gone over to the garden a total of like 5 times this year. I’ve sent my husband over a few times to water and he always reported back that everything was doing well. So I finally went over this morning, after about a month, to see how things were progressing. I was happy to see that everything was alive and was doing very well! I pulled a few weeds (I think one of my plot neighbors has been pulling out a few unruly weeds because it really should have been much worse than it was – thank you!), watered and snapped a few photos. And I also noticed I have a million bush beans ready to be picked and one giant kohlrabi i’ll be bringing home soon.

We’re really lucky because the garden is literally just a hop, skip and a jump away from our front door (why do I neglect it?!). We’ve also met a lot of neighbors through the garden – and it gives strangers something to talk about other than the weather – and as any gardener knows; given the opportunity to talk about gardening, we will do it. 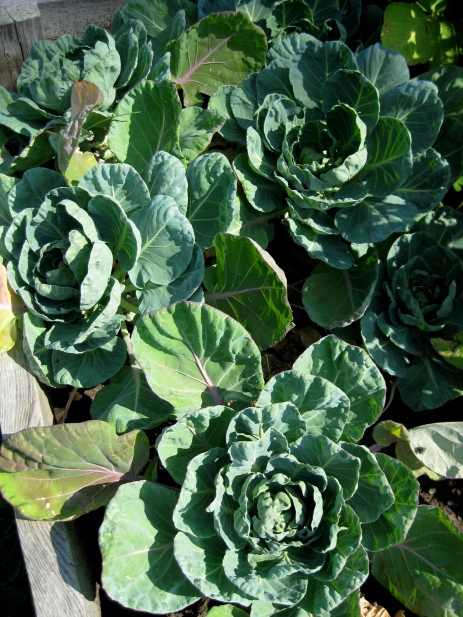